ESC:
The ESC uses a customized Hobbywing ESC with sensor. As other Ownboard models it still has a smooth acceleration & braking but with a faster startup speed and a more powerful climbing ability. The high discharge current of 40A will keep you and your eBoard always strong and powerful, even when you are riding on mountainous roads.
Battery:
To ensure a sufficient range we choosed an appropriate battery (Samsung 30Q) with a discharge current of 45A (15A*3=45A). This new product is suitable for experienced esk8ters and more uphill roads.
Regenerative Braking:
The battery will be recharged when you brake, which saves up  more energy for a longer ride.
2.4G Wireless Remote:
With 3 speed modes, ergonomic design, excellent soft touch material, no more connection losses，smoother acceleration & braking. An integrated LED display shows settings & battery level. We also included a vibration reminder for power & connection.
Max Speed:
Beginner Mode: 12.5mph (20 km/h)
Middle Mode: 18.75mph (30 km/h)
Proficient Mode: 26mph (42 km/h)
Range on full charging:
SAMSUNG 30Q 9.0Ah: 14-16 miles(22.5~25.5 km)
Up Hill:
30%

Took a couple weeks to receive it but well worth the wait. Instead of carving out a groove on the board I used self sticking, plastic conduit from Home Depot. Spray painted it black & cut it to fit. Just need to add black silicone to the ends to seal it up. Swapped front truck & rear base plate to Paris V3 for reliability/piece of mind. Also swapped bushings. Added clear Vicious Grip tape to an already sanded used Vanguard - Rides nice!
Pros:
A lot quieter & more torque than I was expecting...the motors are very responsive & quick!
Fairly easy to assemble.
New OLED Remote
Comes w/lots of accessories & spare parts. Including O'tang Pulleys!
Cons:
I just wish the battery & esc enclosures had a slight curve/more flexible in order to make it easier to install on a concave deck. (Swapping batteries will be a pain)
Bearings on one side have a bit of a rattle to them.
Wish they offered Cloud Wheels as an option when buying the kit instead of 83 or 90mm wheels.
Wish the remote wheel had more grip to/on it, feels a bit slick. 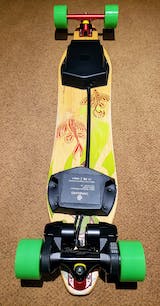 K
K.H.
These motors are the best I’ve had to date!!

Ownboard is making the best belt drive motors coming out of China, hands down!! I’ve been electric skateboarding for four years and I’m going to tell you that Ownboard as one of the first electric skateboard manufacturers in the game so they know what they’re doing, I highly recommend all of their products! You can’t go wrong here, their customer service is top Notch 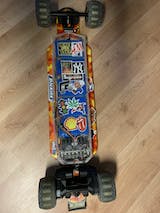 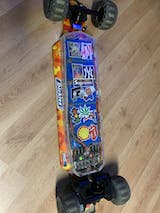 I got the build your own board kit as a Christmas Preston for my son. We put it all together and it is awesome. Only problem was when we opened the box one of the power wires to one of the belt drive motors was cut. No a huge deal just spliced it together but it is a very small gauge wire. It would be nice to see a little better wire used there . But all in all great product thinking about getting another job be for myself.

Truly an awesome product, great range torque and build quality.
The only issue is that ownboard did not display that the kits unlike the boards are not tax free. 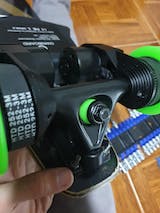 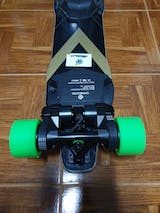 First I ordered a W2 and loved it so much this time I got the kit to convert a spare deck I had.
The quality is awesome and the shipping speed was remarkably fast to where I live in regional Australia. (11 days vs the usual 30 days ). 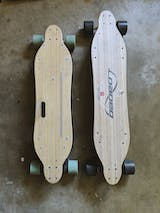 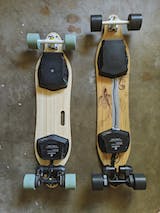 We usually send out customers' orders within two working days after receiving their orders. The specific delivery date will vary according to the progress of customs clearance. OWNBOARD hope our customers can receive their parcels as soon as possible
S
S.i.
Cant buy separate parts

You can email us : ownboard@hotmail.com or contact our online customer service. You will get more help and prompt reply. Thank you .
B
B.P.
Amazing!

I watched a huge amount of electric skateboard videos on youtube for years until i almost went insane wanting to try one. I did a lot of research on budget boards since boosted pushed me away costing as much as a used car.

So i found ownboard, dove right in a bought the w2. Took a long while to arrive,....but when i did i was instantly in love. 8+ high speed bails later i finally have developed the balance needed to ride aggresive. Im in louisiana and esk8 is almost alien so the roads and drivers are bad, but enough rambling.

Best purchase ive made in years. Only issues are the motor mounts and esc being glued on and pretty much permanant so i cant customize it.

11/10 also bought an extra motor kit. Would be nice to be able to buy belts seperately though.

One day i will buy your AT board it looks super dope.

Thank you for your support. Belts are already available on our website. Click on the link for more details: https://www.ownboard.net/collections/parts-accessories-for-electric-skateboard/products/drive-belt-4pcs-for-2set . Or if you have any questions, please feel free to contact our online customer service or email ownboard@hotmail.com. You will get more direct communication and more help. Thank you
W
W.
Best kit ever!!!!

I’ve had the ownboard esc & belt kit for over a month now and wow, this thing has some go to it. I have attached the kit to my Wowgo 3 and it was the best thing I ever did to the board. When the kit arrived, I thought I would of just been getting the esc and power truck but I actually got way more than that. I got a battery case, lots of screws, bearings, orangatang style pulleys, new griptape, 83mm spare wheels, the list just goes on.
I’m very happy that I purchased this kit from Ownboard, and I can’t wait for what they bring out next. Thanks Ownboard! 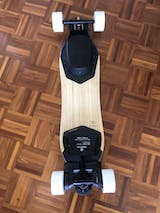