Let customers speak for us

I’ve been able to push 40 miles out of the board in speed mode 1 with the all-terrain wheels. Board is amazing, only recommendation I would have is to switch the wheel bearings for ABEC quality bearings. 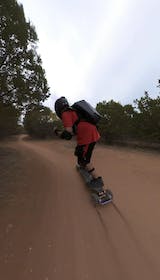 I ordered the board around Dec. 2 and It hasn't even been shipped yet based off the UPS tracking. Is there something going on that I should be aware of or is it common to take over a month before even shipping?

I always knew I wanted lights on my board, but after getting these I really understood how badly I needed them. I want to say the difference is night and day, but it’s more than that. Being seen by cars is a huge plus, and being able to ride to road conditions is just so much safer. I have my lights under mounted now, so they kind of cast shadows when the beams hit the bumps in the road, but this actually helps me very easily know if I’m about to go over a small hump, or a massive bump that I need to brace and/or brake for.
Just a great product. 🤌🏼🤌🏼🤌🏼 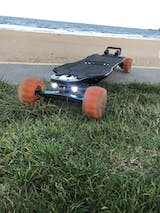 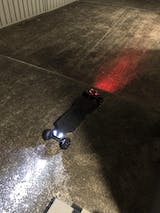 Board is well thought of, I've had it for about a month, and have almost 100 miles. I have several other boards, and this one turns easy with their TKP set up. Not wobbly at 20 MPH. I've got shredlights 1000s on it, can be seen FAR away.

The one thing I don't like, is the logo in center of board, could have had a better design.

Biggest things I like about this board over overs, the metal wheels, a lot of others have gone plastic wheels.

I hope ownboard makes a suspension (off road) model one day.

S
100mm Boa wheels kit Scott F.
This is the only wheel from now on.

I weigh 265lbs, I ride a Zeus Pro and the Boa 100mm will be the only wheel combo I will run from now on. I have put 160 miles with little noticeable wear. No problems with railroad tracks, light off-road for me when needed. Mainly ripping a 22 mile track on a bike path at full fun speeds. 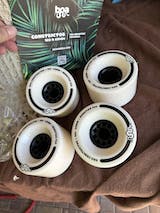